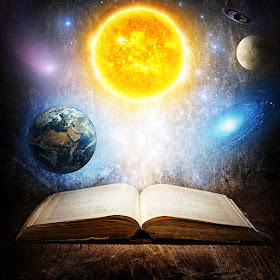 THIS...is what we do :)   We may have different techniques and to me that's perfectly fine. The important thing is we get the job done ~ Eric Raine's message needs to be heard.


Extreme shifts in the astral levels of Earth are reflecting in the physical with massive planetary shifts, releases/expansions in the collective consciousness and incredible growth/progression towards Earthbound liberation.

As we begin to move into another 6 planet retrograde, much of what normally feels like an uphill struggle or a heightening of intense sensations is beginning to do what it is designed to in earnest. Flush dense energy up to the surface for clearing.

Unlike many of these extreme retrogrades experienced in the past, this specific gateway has the privilege of being the first of its kind in our planetary ascension timeline.

What is happening right now, along with unprecedented movement behind the scenes of the socio-political world, the economic arenas and technological disclosures, is a release/transmutation of a sizable percentage of some of the darkest souls/consciousnesses on our planet.

These individuals with and without bodies are responsible for the forward progression of control systems, consciousness hijacking programs and worldwide black magic networks that have been hampering humanity with an energetic density that keeps the Earth locked in a downward spiral, unable to move upwards into more "liquid" realms, much easier to navigate through.

What this adds up to is a recipe for a planet wide expansion of monumental proportions. Instead of having hard, frozen chunks of dense, traumatic, negative energy trying to be forced up to the surface for clearing, much of this has now been transmuted into a dense "liquid". Much easier to shift that "stone" or "metal".

As we build up energy towards the Lion's Gate portal of 8/8/19, these energies are going to be unprecedentedly effective in clearing out not only patterns you no longer wish to perpetuate in your life, but planet wide patterns of racial, genealogical and ancestral trauma cycles.

This is going to be the major catalyst of worldwide Dark Night of the Soul energies as many begin to feel the pressure release as these dense energies are being cleared.

We have one of the most important jobs that we incarnated here for ahead of us. It is time to connect the light fields.